In this article, I will share with you how I became a radio presenter.

This blog shares (with you) how, despite my crippling social anxiety, I was able to play the part of a radio presenter on the air.

My interest in radio dates back to my childhood. It helped me get through the tedious homework assignments, especially the ones I got after a long day of double math.

I cannot say that I was the most popular girl in school. I suffered from severe social anxiety and kept my circle of influence to a minimum as a result. I struggled to make friends and found that being in situations with a lot of people made me anxious.

When I had free time, I liked to write poems and short stories while also listening to the radio. These activities help alleviate my stress and energised me.

Before I Became A Radio Presenter

I need to take you back to the time when I was asked to deliver a speech on stage addressed to my house group at school. I had stayed up late the night before reviewing my notes in order to get myself ready for the event.

On the day of the talk, I felt a little anxious but was confident that I was as prepared as I was ever going to be. I started to feel anxious when each house-group mate went up to the stage to share their topic, and it only got worse from there. My entire body was filled with dread from head to toe.

I could not avoid the fact that it was now time for me to take the stage. When it came time for me to share what I had written, however, I was at a loss for words. My hands were shaking to the point where I was unable to read the page.  The page weighed a ton.  I could not hold it still. I was utterly mortified. I had the strangest feeling that I was reliving that dream where you find yourself exposed in front of a large group of people.

Star Trek was was one of my favourite cult science fiction shows at the time, and I found myself mentally yelling out ‘Beam me up Scottie’ (a popular line from the show). I just wanted to vanish completely. I came to the conclusion that I did not have what it takes to be successful in public speaking and that I would never, ever put myself through that again.

See It, Believe it, Achieve It!

The movie “The Secret” brought a lot of attention to the idea of the Law of Attraction, and I have no doubt that you are familiar with it. You might also be familiar with vision boarding, a technique that is discussed in “The Secret.” It is a tool that enables you to add images and your preferred affirmations all in one location to assist you in visualising the goals that are most important to you.

After working on my goals for a while, I discovered that working with a vision board  was a very effective tool for assisting me in accomplishing my desires. I had also been interested in personal development for many years. I had even taken part in Tony Robbins firewalk event.

A brand new software application known as Mind Movie was created a few years ago. I was ecstatic because it brought the practice of vision boarding to an entirely new level. You were able to create 3-D animated images of your dream life using this tool.

In addition, the developers of the software suggested that you include some of your favourite fast-paced music in the final video to evoke strong emotion.

I compiled all of my pictures, affirmations, and music in one place; some of the photos were of home recording studios. I had the intention of bringing into being a home studio in which I could record voice-overs of my poems and short stories that was my goal at the time.

I followed the instructions and watched my short video every day, but at first I saw no results. I had so much going on in my life, I had to stop watching the video for while. But then the strangest thing happened, suddenly, out of the blue, one day, something that wasn’t expected occurred.

My brother Carl was offered his own radio show on the brand-new radio station that was being developed by a man named Monty. Monty was looking for presenters who had a broad understanding of topics related to personal development and the law of attraction. Carl had previously authored a book that covered these topics, and Monty was thrilled to have him on board.

However, Carl was unable to accept Monty’s offer because of obligations to his family as well as a number of speaking engagements that were connected to the success of his book.

Carl had apparently told Monty about me, my interest in personal development, and how I might be interested in the radio show opportunity.

When Carl approached me, I immediately began to share why I couldn’t do it; however, Carl refused to listen to any of my excuses. I kept saying, ‘no, I can’t’. He kept saying, ‘yes, you can!’ I was defeated in the debate, and Carl emerged victorious.

We first connected at the radio station where Monty worked. Everything from the mixers to the mic control to operating the computer and playing the music appeared to be challenging. It was almost like learning to drive all over again, because there were so many different components to use. After assuring me that everything was going to be alright, Monty invited me to join the station as a DJ Presenter.

That was nine years ago. Since then, I have worked at a number of radio stations in Manchester, London, and as a virtual DJ in the United States.

Working as A Radio Presenter in Manchester

I moved to Manchester after leaving London to begin working at Radio Diamond. I had been working there for a number of years. I got on well with the radio owner, DJs, and presenters. People were friendly and made me feel at home and part of the family. But trying to get to the studio was a nightmare sometimes it normally took about an hour there and back sometimes much longer, where I would be stuck in traffic on the motorway.

I couldn’t help but wonder whether there were any other choices I could make. Even though I didn’t want to stop doing radio shows, I simply couldn’t keep driving up and down the motorway every week, as I was also a self-employed busy spiritual coach.

Around the same time, the proprietor of a London radio station, Mr. Frazier, got in touch with me to ask whether I was interested in hosting a show on his London radio station. (When I lived in London, I was given the opportunity to meet him.) I explained that I had relocated to Manchester, and that it was able to travel from Manchester to London to do a radio show.

Mr. Frazier informed me that I could work as a virtual DJ and transmit my radio show directly from the comfort of my own home to his studio in London. Armed with this knowledge, I knew I had located the missing component to finally have my home studio where I could broadcast from home. I would still be able to connect with people all over the world, but I would be able to do so from the convenience of my home.

Mr. Frazier informed me of every piece of DJ equipment and software that I would require. My home recording studio was born from his efforts to set me up virtually thanks to his sound engineer.

Today, I am broadcasting my show from the comfort of my home to the London studio of “Concious” Radio.

From Introverted Girl, Now Speaking to Many Around the World

These days, when I want to overcome my fear of public speaking, I have learned that the fear goes away when I focus on my guest – their story, their journey – and keep the focus away from myself. This is the strategy that has helped me overcome my fear and shyness.

Radio has allowed me to meet thousands of exceptional people from all over the world with whom I would have never otherwise connected with. (Remember me: I was that quiet, introverted person who went through a terrible experience on stage all those years ago when I was in school having trouble communicating with my classmates).

There have been a lot of people, guests and listeners, who have become my close friends, and these friendships have led to a lot of opportunities.

My life has come full circle as I have progressed from being a radio listener to a radio presenter. It continues to be a satisfying experience. 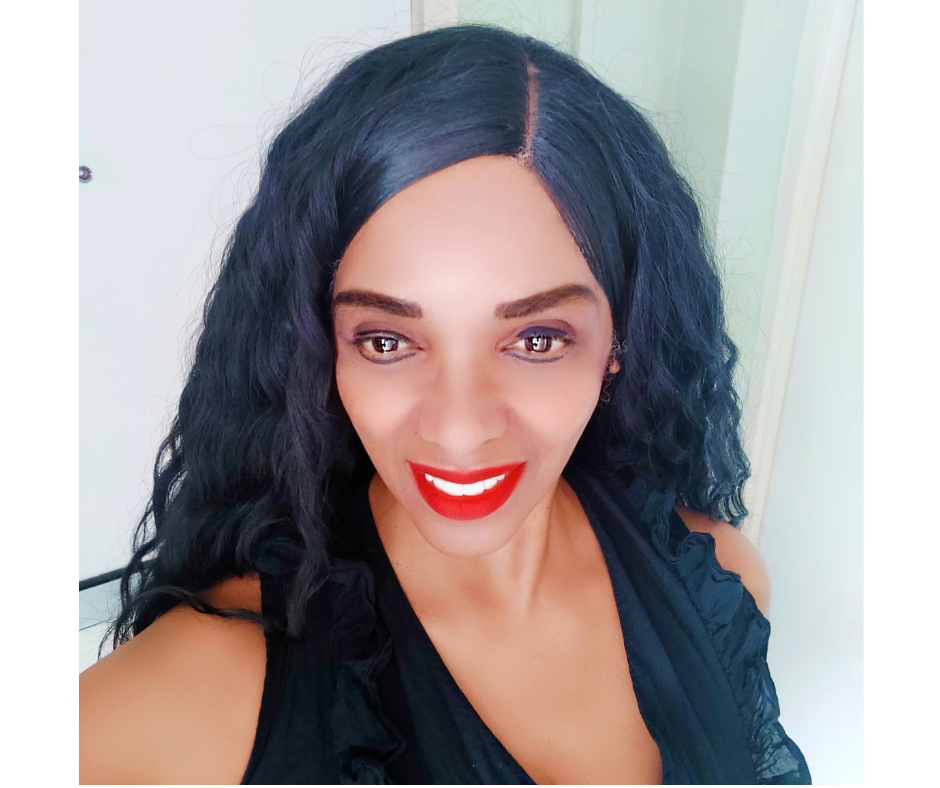 Imani is a Radio Podcaster DJ and Intuitive Coach. She provides sacred space for her clients to share their emotional relationship trauma. She also specialises in Law of Attraction and Manifestation. She is committed to making a difference 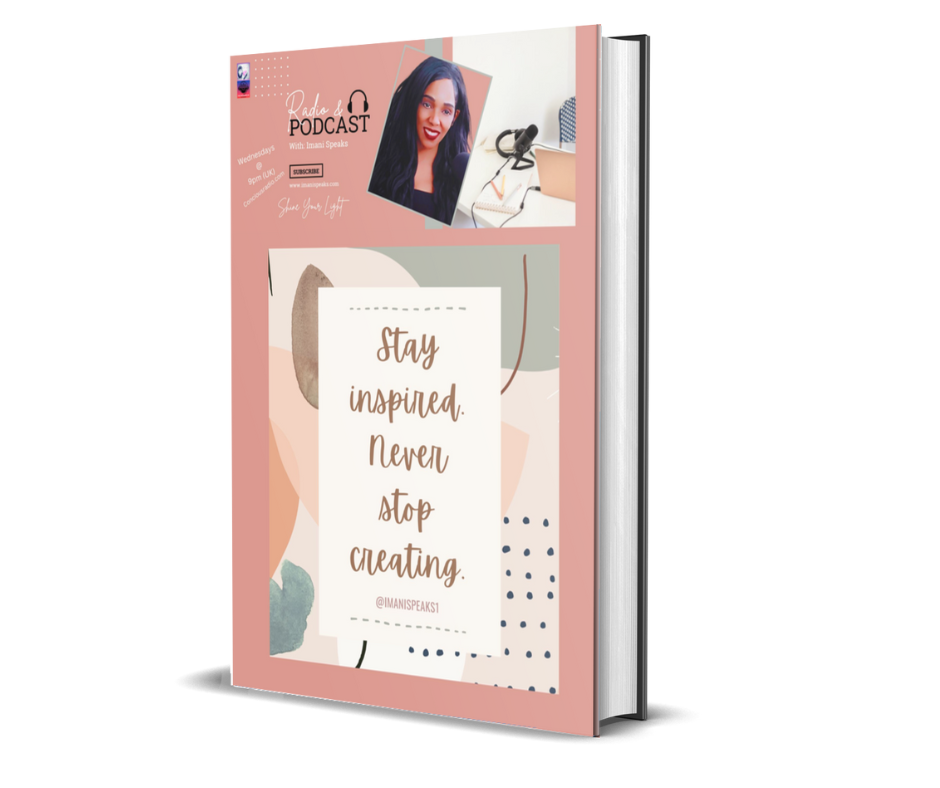